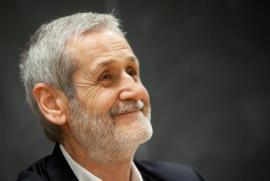 “Holocaust Memorial Day” is a day of sombre remembrance for many people and particularly for the Jews, who still deeply suffer from the scars left in their souls by centuries of discriminations, culminated in the Shoah. In the archive of the Italian Ministry of Foreign Affairs there is a meagre documentation regarding the protection provided by Italian diplomats to some Jewish communities all over Europe, in the years 1938-1943. To the reports by the Italian diplomatic-consular report we need to add, translated into French, a series of documents that were found in Paris, in the Gestapo secret archives, in the aftermath of war. The outcome of research into these archives is astonishing to say the least.

The documentation reveals something that until now had remained in shadow – i.e. the bright deeds that some of our diplomats have performed abroad in the defence of the physical safety and property of the Italian and foreign Jews connected with the territories in their jurisdiction. It is known that the alternative was the arrest and subsequent deportation to the concentration and death camps. The Ministry of Foreign Affairs and its officers in the European countries at war often acted against the German occupation authorities: the documents confirming this are clear and numerous. Above all in Greece and France, the strains between the Italian and German authorities on the management of the Jewish question were quite remarkable, and gave rise to a “subtle” dispute between allies that went on among the Ministry of Foreign Affairs in Rome, the Italian Embassies to Berlin, Paris, Athens, Warsaw, and the German Embassy to Italy. It also emerges that in France, the occupation troops did not miss any chance to protect, hide and help the Jews who tried to flee the Nazi-occupied or controlled areas to reach Italy.

From the analysis of these documents – besides the probable apologetic aims – it emerges that several Italian diplomatic-consular officers – under their responsibility – had often adopted a so called “passive” line in the application of the racist laws, and sometimes even “actively” opposed Germans in some specific emergency cases. Regarding this, there are letters of thanks from Jewish groups for the behaviour adopted by our representatives at those times.

Regarding the diplomats’ personal commitment to protecting the Italian and foreign Jews, a part of our diplomacy during the war and in the preceding years, I cannot help naming some people, though keeping in mind that other officers, also from other branches of administration, equally deserve our proud memory. In this I am relieved by a meeting I had with Professor Liliana Picciotto, Director of CDEC – Centre for Jewish History Documentation in Milan – and great scholar of anti-Semitism in Europe. This subject would deserve further insight, to avert the loss of names and facts that honour the tradition of the Italian diplomatic corps in the defense of human rights.

Outstanding in this context is the figure of Plenipotentiary Minister Earl Luigi Vidau, chief of the “Bureau IV” of the Direction of General Affairs, run by Plenipotentiary Minister Leonardo Vitetti. Vidau “reservedly” approved the initiatives that the diplomatic-consular network performed in Europe in the defence of Jews, at a risk that could not be overlooked. The German authorities, thanks to their informant network, had discovered this game. They reacted through the Commands of their occupation forces in the different countries, and Berlin even charged its Embassy to Rome to scold the Italian authorities

From the documents it emerges that the Ministry of Foreign Affairs, at the level of its officers, often tried to neutralise, at least in its sharpest effects, the impact of the anti-Jewish legislation and the directives on “racial policy” issued by Germany. Many know about Guelfo Zamboni who, in Salonika, by releasing “provisional” documents had extended the Italian protection to numerous Jews of unclear nationality, clashing with the German occupation authorities. In our Legation to Warsaw, two diplomats, Mario Di Stefano and Giovanni Soro, even conceded, between September 1939 and April 1940, an indefinite number of repatriation documents to Jews who, not being Italian, would have no rights to it. “We do not know how many documents they released -said Professor -, but we know that they were quite a lot and saved many lives”.

This list of honourable officers seems bound to get longer if the subject is dealt with in depth. The years preceding WW2 and its aftermath seem to provide a lot of insights for such an inquiry, which has not been carried out yet for reasons that are easy to guess.

But also in the post-war era and in the following decades there have been bright stories. They mainly concern the behaviour of our diplomats around the world when faced with exceptional events, when they rescued the persecuted, the needy, and defended human rights. They sometimes acted by themselves, going beyond the instructions received, under their own responsibility.

I shall quote only one name: the one of Enrico Calamai. His tale is recounted in recent movie on Rai1, “Tango of freedom”, that draws inspiration from the deeds he performed in Buenos Aires under the military crackdown.

The date of 27 January, “Holocaust Memorial Day”, evokes tragic memories. They involve not only the Jewish people, but also other “peoples”, other groups that over histories have been subject to discriminations, contempt, persecutions and hatred. Memory – so is how many people feel – cannot be dealt with today as a means to achieve vindication, or an element of division and contrast. It should, on the contrary, be a permanent warning to the people, their religious and political leaders, to avert the risk that certain boundaries are trespassed again, certain rips are repeated, certain impulses are again evoked. Religion and politics play a primordial role in making people more reasonable, preventing the boundaries of civil coexistence from being violated in our globalised and interconnected world. Mass-media show us everyday the dangers and consequences that loom before us when the violence inherent to humans floods and is channelled against groups that are “different” as to their political allegiance or religious faith, as well as skin colour, status, sexual mores and anything else. People get timely updates about what happens in the world, both commendable and unacceptable events; everybody knows. The “silent majority”, the “right-thinking people”, cannot say now: “I did not know” to justify their silence. They, too are called to take sides and speak up to demand certain behaviours not to be tolerated or repeated anylonger, and to come to an end.

The International Criminal Court – this is what we all hope – must be strengthened, with the competences and means to perpetually prosecute those who have sullied themselves with gross crimes against their fellow human beings for any sort of reasons.

Several Italian diplomats, according to many people, deserve to be remembered by the wide audience for their generous deeds, showing all their bravery in the face of urgent situations. Some of them could perhaps join the number of the people honoured in the Italian “Gardens of the Righteous” (GARIWO), which welcome those who have behaved exceptionally in the defence of their neighbour. Not to forget.