​Israel, a revolution in the field of memory 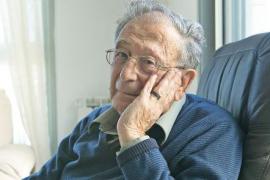 Twenty kilometres away from Tel Aviv, in Ra’anana, there is an innovative university: the Open University of Israel. Thousands of youth from the Kibbutz’ and the Arab Israeli suburbs take online classes from their computers, tablets, and mobile phones. A course focusing on cases of genocide in the 20th century set up in recent months has become a unique example not only in Israel, but in the whole Middle East.

This is the university from which, thanks to Professor Yair Auron – author of books about the Armenian genocide, the Holocaust and Israeli-Palestinian dialogue – a true cultural revolution arose, aiming at reversing the relationship of the average Israelis with the Holocaust.

In fact, at the conference on November 4th and 5th, the professor gathered some of the most well known Holocaust and Rwandan genocide specialists not only to compare the two genocide cases, but to launch a true debate about the distortions of memory that happen in Israel.

While opening the proceedings, he immediately expressed his emotion: “It’s the first time in seventy years that we in Israel discuss the other genocide cases and look at the Holocaust through different eyes.”

This is the exact goal of the conference; to broaden Israeli understanding of genocide in the future. Until the sixties, Israelis talked little about the Holocaust. They looked down on the Holocaust victims and only celebrated the Zionists who had left Europe for Palestine as heroes.

After the Eichmann trial, thanks to Ben Gurion, Holocaust remembrance became a key feature in the identity of Israel. The genocide against the Jews was presented as a unique case of genocide in history, from which the very importance of Israel descended. On this element of uniqueness, a true ideology was built. Students were taught that the Jews were the only victims of genocide. They were not taught about the tragedy of the Roma during the Holocaust, nor about the fact that the massacres had affected many other peoples such as the Armenians, Rwandans, Cambodians, or even the Ukrainans during the great famine caused by Stalin.

For years, the Israeli youth population has been educated to believe that Israel exists as a victim and that the Jews have been the only victims of genocide in history.

The only purpose of remembering the Holocaust was to resist anti-Semitism. Students were not taught that genocide is a part of human history and the catastrophe that had affected the Jews could be repeated against other peoples.

The consequences of this in the field of education have had negative effects. Although they were aware of the Holocaust dynamics, young people would not be able to understand mass crimes and the persecutions that hit the rest of the world.

The one-sidedness of memory has made the new generations less sensitive to the suffering of others.

“I had to overcome a wall of misunderstanding, when I approached the Rwandan tragedy,” said young researcher Noam Shouster. “It was like questioning the primacy of Jewish suffering.”

The meeting thus launched revolutionary messages to the Israeli society. It marked the start of a campaign for the public recognition of the Armenian genocide: a petition with thousands signatures is circulating throughout the country and Reuven Rivlin, Israel’s new President, unofficially said that he was ready to support it. Furthermore, Auron incited people to broaden Holocaust education to encompass teaching the importance of remembering and studying all other genocide cases as well. In 2015 the university of Ra’anana will hold a major international meeting to mark the centennial of the Armenian genocide. All participants of the conference then committed to supporting the European Day of the Righteous, that until now, was welcomed quite half-heartedly by Yad Vashem. This is because he believed other rescuers were not as important as those of the Holocaust.

The turning point of the whole conference was the speech by professor Yehuda Bauer, who was for some years the reference point of Yad Vashem and to some extent, can be considered the great theorist of the uniqueness of the Holocaust, with all its distortions.

The professor has not yet engaged in self-criticism, as Yair Auron wittingly and provocatively pointed out, but he reversed this statement in a passionate speech with rhethoric about the Holocaust, that makes the waters of Israeli discourse unduly murky. “We do not have to become enslaved to a conceptual definition of the Holocaust – thus explained professor Bauer – but rather ask ourselves how it would be possible to prevent all mass atrocities that hit our planet. Genocide is part of history and if we want to remember the Holocaust, we must commit to finding the political and cultural tools that are more apt to accomplish this purpose. The rest is hollow words”.