How to fight terrorism and fundamentalism 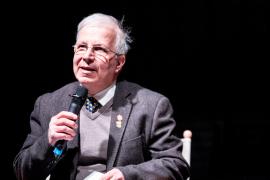 Fundamentalism stems from hatred, fanaticism, rage, ignorance, and economic interests. It is a kind of fruit that blossoms and extends its branches in deteriorated, oppressed societies, deprived of social and civil rights, closed to novelties, modernity, democracy and progress.

Fundamentalism takes its nourishment from societies rooted in dictatorial, despotic regimes, where the rule of lash, tally, injustice and money god reigns. Dirty money in the Orient is fruit of the leaders' corruption and is stained with the blood of the weak and the subject.

Fundamentalism in the Arab countries is blind and violent, and it represents the illness of modern society, the dark face of Islam. The causes behind fundamentalism need to be retraced in the social, economic and political conditions of the Arab community.

If we observe the situation existing in the Muslim world, we realize that among the young people there has long been a widespread sense of discontent, sharpened by the consequences of a very serious world economic crisis.
The Arab society is formed by young people, mostly graduated, in desperate search for jobs and housing. What future and which outlooks await them after many years of learning and sacrifices of their relatives? We could answer with the words of Literature Nobel Laureate, Nagib Mahfuz: “It is natural that man, in the moments of economic and social crisis, goes back to his old roots seeking refuge, remembering an absolute truth (religion) which cannot collapse as times goes by, differently from the other secular ideologies, that have now fallen. Going back to one's religious roots is a progress, but the sick side of this phenomenon is a return to violence that generates terrorism. We must remember that this phenomenon represents a reaction to the deterioration of the political, economic and social situation. The more it deteriorates, the more the violent reaction”.

Some imams, taking advantage of the situation, in which the desperate youths find it hard to weather the storm, sow in their naive minds hate and revenge feelings against the leaders of their countries who have been enticed by the West and have made money to the detriment of the people. These pseudo-religious individuals, in the places designed for prayer, pass on the belief that the people is set to rot in the mud and despair. They teach that it is possible to earn salvation and liberation only by fighting against the tyrants and those who economically and militarily help the latter. Young Muslims are incited to save Islam from the tyranny of the Westerners who,  after World War I, have colonized the Arab countries wreaking havoc in the Middle East. Some muftis stress the fact that the European and Western companies have seized the natural resources, harbours, and banks, granting in change Western education to the wealthy's children and thus creating feudal lords that would govern the subject countries on their bebalf, submitting them to their own expansionist goals.

Thus there is a vehement growth in the idea that it is necessary to order Crusades that hit the Americans and the Europeans, and oust them from the Middle East with violent means. Those who kill the colonizers deserve the heaven promised in the Koran and there they will have many spouses, castles encrusted with diamonds, knights and flying animals, rivers of milk and honey. Some imams brainwash the oung people, inducing them to become human bombs, ready to set themselves ablast and kill innocents mercilessly in the markets and underground stations, screaming: “Allah Wa Akbar, Allah Wa Akbar. God is Great, God is Great”.

Starting from these premises, we now ask ourselves what we need to do to defeat terorrism.

At the global level, we must adopt the following strategies:

- Close the factories that produce weapons for terrorists
- Capture and severely punish arm traffickers and boycott the economies of the countries that unlawfully arm and fund the terrorists.
- Urge the intellectuals to set out a cultural plan to privilege women's and youth's education both professionally and traditionally speaking.
- Cancelling illiiteracy and teaching foreign languages.
-Adopting new policies of economic development, improving the trade and cultural ties between the Orient and tbe West.
-Fighting unemployment and creating new schools, modern universities, hospitals and public transportation means.
- Establishng dialogue with moderate Islam and inciting the Muslims to take some firm stands in the face of the terrorists, consisting in:
- Punishing eery individual offering food and accommodation or any other type of protection to an extremist fanatic
- Reporting to the public security authorities the name of the old and new recruits of terrorism
- Overtly declare at the domestic and international level that any kind of religious or state terrorism is not approved
- Cooperating with the foreign countries to ensure safety in airports, harbours and railway stations.
- Not hosting people reported as terrorists or terror suspects by Interpol, the FBI or the embassies.
- Helping the children of immigtants integrate in society and assimilate the culture of the hosting coyntry, through a non discriminatory hosting policy.
-Constantly monitoring the Websites and social networks to identify the children of immigrants who have settled down in Europe or America, who have become prays of terrorism.
- Hold permanent meetings between the representatives of the three monotheistic religions to fight terrorism at the national and international level.
- Assign to the clergies the task of correctly teaching the religious principles, without political goals.

Once more, I will quote the words by the great Nagib Mahfuz: ”No religion uses violence and terrorism as tools to spread its commandments. There is no religion that stabs its followers to oblige them to embrace it. And Islam has the first place in this. God has said there is no compulsion in faith, those who want to believe will believe and those who do not want to can repudiate their own faiths”.

It is now more than ever up to the Arab leaders to respond with determination and resolve against these barbarian hordes of fame-seeking assassins who do not hesitate to shed innocent blood.
In conclusion, we shall not have to fall in the devilish plan set out by fundamentalists, seeking to rouse fear, hate, racism and religious fanaticism beteen the East and the West and that tends to undermine the basis of civilization and democracy, besides the principles of peaceful coexistence among the peoples.

It is up to the entire world and the moderate Muslims to react with resolve against terrorists, to bring to an end to this dark page of the history of humanity, unconditionally.