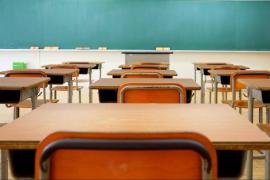 “Did the Holocaust really happen?” A college student in the United States shocked me with this question twenty years ago, and convinced me of the urgent need for increased Holocaust education. Twenty years later, a cursory glance at today’s news headlines reveals the frequent use of the words "Holocaust", "Nazi", "concentration camp", "Gestapo", and "Hitler." This might give the impression that the need for Holocaust education in the United States has been met. Unfortunately, such a conclusion would be entirely unwarranted because a recent study “found there are critical gaps both in awareness of basic facts as well as detailed knowledge of the Holocaust.”1 For example, “. . . two-thirds of Millennials (66%) cannot identify what Auschwitz was.”2 While frequent references to terms from the Holocaust might help to inform younger generations that something called the Holocaust happened, knowledge of what the Holocaust was has evidently often failed to extend beyond the mere repetition of a few hollow words. This current use of Holocaust terms to influence the attitudes of people with limited knowledge about the Holocaust has the potential for dire consequences. Thus, the need for increased accurate and in-depth Holocaust education may be even greater now than it was twenty years ago. It is also important for Holocaust education to include “the message of the Righteous”3 as an antidote to the hateful propaganda that has replaced evidence and reason on both sides of political debates in the United States.

A little learning is a dangerous thing4

Separating Holocaust terms from the facts that originally defined them reduces these words to only synonyms for evil. As such, words associated with the Holocaust become merely the worst insult either side of the political divide in the United States can hurl at the policies and supporters of their political opponents. This weaponization of Holocaust terms is particularly effective in the absence of detailed knowledge about their meaning because it is easy to apply them to nearly any event, organization, person or nation. Politicians, journalists and others call members of a political party “Nazis” when labeling them “fascists” loses its power to trigger anger and disgust. They label a political opponent “Hitler” when accusing him of being a “dictator” no longer captures media attention. They tag a government agency “the Gestapo” when describing it as a “terrorist organization” becomes innocuous. They refer to “concentration camps” when asserting living conditions to be “inhumane” becomes blasé, and both sides accuse the other of pushing the world toward the next “Holocaust” when debates over boycotting a foreign nation reach a stalemate. Far from a sign of adequate Holocaust education, the recent political use of Holocaust terms only demonstrates the extent to which the United States has become a “culture of enmity and contempt.”3

References to the Holocaust and hate speech

Holocaust education and the message of the Righteous

Increased Holocaust education can improve the current situation, but only if it avoids the temptation to transform Holocaust education into political indoctrination in favor of either end of the political spectrum. “Countering hatred through education”3 requires accurate and detailed information about the Holocaust that will empower people to evaluate, instead of blindly accept or reject comparisons politicians make between the Holocaust and current events. For example, once people learn the purposes and goals of the various types of Nazi camps, they can judge the similarities and differences between such camps and migrant housing along the southern border of the United States, and then base their political actions on this evidence. It is also important to include accurate information about the Righteous in Holocaust education because their actions represent the antithesis of blindly following propaganda that encourages the hatred of a category of people. It is unclear what percentage of the public has even heard of the Righteous Among the Nations, but the failure of the recent survey on the effectiveness of Holocaust education to even ask about this topic suggests it may not be very high. When filling this void, Holocaust education must emphasize that the goal of the Righteous was not only saving lives but saving the lives of the people political propaganda decreed to be evil and deserving of death. The courage to resist calls to hate, even at the risk of losing your own life, is the message of the Righteous. This is also a message that may help transform the politics of ignorance and enmity into the politics of knowledge and cooperation capable of solving contemporary social problems and avoiding future genocides.

3 “The Message of the Righteous” by Gabriele Nissim