From Yad Vashem to the Gardens Worldwide... towards GariwoNetwork 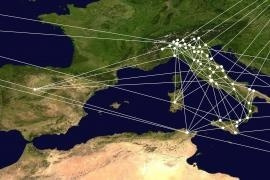 Following we publish the opening remarks by Gariwo Director Ulianova Radice - at the international conference "The responsibility of our time. The challenge of GariwoNetwork", which took place on 16 November at the Fondazione Cariplo of Milan.

European Day of the Righteous

Mr. Nissim remembered then that “we had to overcome the objections from those nurturing a lenient view of Soviet communism and refusing to place the Gulag alongside with Hitler's final solution; those who deem that comparing the Holocaust to other horrors of the Twentieth century would end up with trivializing it; those who prefer keeping a low profile about the Armenian Genocide not to compromise the relations with Turkey. For the first time in European history, we remember the good deeds, we recall the work of the men and women who have saved human dignity during mass murder and totalitarianism. Remembering them leads to recall a key element in European identity: the value of personal responsibility. In a historical stage of general dismay, this is an unavoidablefirm point”.

Five years on, his words are relevant more than ever today. This is why we have proposed our “Charter of responsibilities 2017”.

The role of Gariwo, the forest of the Righteous

Those words do exactly reflect the spirit with which we found Gariwo in 2001. Gabriele Nissim – son to Holocaust survivors – proposed to Pietro Kuciukian – son to a rescapé from the genocide against the Armenians - to join their memories. Anna Maria Samuelli, like me, enthusiastically supported this project, grasping its potential on the front of civil education of young people, then of teaching, and the role of schools.

Kuciukian, now consul of Armenia, had been following the example of the Garden of Jerusalem for some years, to honour the “Righteous of the Armenians” in the Wall of Remembrance in Yerevan.

Putting memory to a good use

Gariwo has brought into the open the underlying issue: what is the purpose of remembrance?

What is the meaning of remembering victims? Are we doing a good service to them if we put them into competition, if we establish classifications? Or is the issue rather about defining the most suited tools to turn tragedies into sources of hope, beyond the sterile rhetoric of the generic petition of principle “to make it happen never more”?

Talking about the Righteous has enabled us to overcome the fixed schemes of crystallized narrations of evil. Reasoning on the human possibility to choose, under any circumstances, even in the face of extreme aberration, helps us find positive spaces of shared action.

This is why in 2000 we started from a “comprehensive” conference in Padua, in cooperation with the local City Hall and University: “You can always opt for Yes or No. The Righteous against the genocide of the Armenians and the Jews”.

After pulling down the trenches and walls that had been erected to defend each community’s victims alone, we have addressed other tragic features of European history.

In 2003 we called to Milan the protagonists of dissent in the former USSR and its satellite countries, in order to discuss the Gulag and moral resistance to totalitarianism.

In the same year we created the first “Garden of the Righteous worldwide” at Monte Stella hill of Milan, with the support of the City Hall and the Union of the Italian Jewish Communities.

In Bosnia we created with Svetlana Broz Gariwosa (Gariwo Sarajevo), to honour the Righteous against the ethnic cleansing perpetrated in the former Yugoslavia – and outside the European boundaries we have strengthened ties in every continent, from Africa, with the Rwanda genocide, to Asia hit by the Cambodia tragedy, to the Latin America of the Argentinean missing people.

Stepping in favour of the persecuted is the fil rouge that unites all genocide cases, all crimes against the Humanity. Winning over the comfort zone of indifference and fear of consequences, in the name of the loftiest values of life, is a form of moral resistance that has no time nor space limits, and accompanies us in the path of existence like an opportunity to be seized.

This is why we focused our attention on the topic of personal responsibility.

The Righteous lead us along this path, they bear living, positive, historical witness to it.

It is up to know to get them to become a reference point for young people, for those who is bound to lead the world after us.

In order to pursue this educational goal we have focused first of all on the creation of the Gardens of the Righteous for all genocide cases.

In Milan we have planted over 50 trees at Monte Stella hill, in the ceremonies that are attended every year by more and more schools and citizens, who pay a great deal of attention to our initiatives.

In 2014 the Garden of the Righteous in Warsaw, a symbolic crossroads between the two main forms of totalitarianism, was created, while in Italy over 70 Gardens have already been created thanks to the engagement of teachers, local administrators, associations and common citizens.

With the Ministry of Foreign Affairs we have created the first Gardens of the Righteous in such Arab countries as Tunisia and Jordan, thanks to the action of our embassies, in order to bring about the “diplomacy of Good”. Other Gardens are in Armenia, Israel, and the United States.

We added the Virtual Gardens to gariwo.net in order to gather the unheeded tales that the very users wish to report to us, making it a multiplier of the existing knowledge about the Righteous and an exceptional teaching tool.

Our Website has grown over time as a platform for discussion and debate, becoming a key tile in the spreading of the culture of personal responsibility.

Secondly, we have reached the world of education with teaching proposals and training seminars, which have made it possible to us to interact with teachers and students of all grades of education, for which we have organized guided tours of the Gardens, Righteous-related contests, meetings for Holocaust Remembrance Day, and produced a variety of teaching material including comics, video, and game-boxes for kids.

Why a Day dedicated to the Righteous?

Gariwo’s commitment to the establishment of European Day of the Righteous fits in this framework.

We believe that a dedicated recurrence is a very important tool, with a view to resuming a useful remembrance exercise, beyond the controversies about the over-importance accorded to this kind of dedicated Days.

In the face of the historic upheavals that are threatening us more and more closely, it appears as both unavoidable and of the maximum urgency to find some answers to the questions that the crisis of Europe has been posing to us.

The theme of tolerance, hospitality, dialogue between cultures, diversity to be valued as a richness- but only if we are able to handle it with care – to be expressed accordingly to the other side of the coin, which is that of identity, roots, historically determined traditions with the relevant elaborated values as well as achieved rights, are the actual ground, on which we can measure our capability of response.

The example of the Righteous urges us to go this direction, dare innovative solutions, and not step back in the face of huge tasks; it urges us to think without reservations and imagine the future in a visionary way.

We always have to follow their trail and find in the present the reference figures who are able to guide us, first of all to indicate them to the young people, and understand with them how to face the daily reality that does continuously put our values into question.

The Righteous of our time: this is the theme that Gariwo has place on top of the agenda in the reflection about moral resistance in modern days.

What does it mean today to think by oneself? How to defeat the Manichean friend/enemy vision, the resurfacing of the totalitarian paradigm based on single thought and the annihilation of foes, always and only conceived as enemies to crush?

Modernity meant as the rights achieved by the weaker people in an open society, the universal value of democracy, meant as a framework ensuring an opportunity for all and freedom of thought, beyond the principle of representation, which is in itself a sterile empty shell unless it is accompanied by a capability of mediation and high profile problem-solving when dealing with conflicting interests, are the essence of a historical experience, which a renewed Europe must take charge of, unless it wants to die under the weight of its non-fulfillments, the incapability of a ruling class lacking both courage and leadership, but also still and indifferent societies, selfishly devoted to the maintenance of their privileges.

After obtaining the establishment of European Day of the Righteous and the spreading of the celebrations that have multiplied over the past years, we now address the national Parliaments to achieve the approval of a law binding the state to honour this recurrence.

In Italy we are very close to achieving this result and we hope we can celebrate the new year with a law about the Righteous already in force.

The meeting that we have organised for the next 16 November is a new step to strengthen the commitment that brought u sto found Gariwo. We will host, also in video connection, distinguished friends and coworkers from Israel, Poland, Rwanda, Tunisia, as well as ambassadors, consuls, deputies, mayors, and many teachers

We wish to create a stable network with those who have followed through this pathway investing passion, intelligence, strong will and creativity: we wish to exchange views, circulate experiences, come across new proposals and reflections.

But first of all we wish to thank those who have believed in our project, to continue together to hope in the Righteous, and love them.

As a conclusion, I would like to recall Gariwo’s motto: “good memories for good practices”.

European Day of the Righteous helps us fulfilling it and the creation of GariwoNetwork with the precious help of all our supporters can make the difference to make it true.

We rely on you!