For the sake of genocide prevention

Scholars and statesmen should join forces 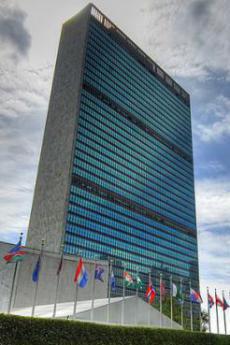 The speech held by Yehuda Bauer at the conference that has been recently organized in Ra'anana, in Israel, to mark the twentieth anniversary of genocide in Rwanda is indeed magnificent. The great professor, voicing a new stream of thought that has been gaining growing consensus in the Israeli academic world, has put a key issue to our attention: Holocaust remembrance must become a historical and moral reference point for the prevention of all genocide cases.

For how right we can be to stress that the Holocaust has been the most extreme case of genocide, because it occurred at the core of our “civilized” society and was carried out on an industrial basis with the goal to annihilate Jews all over the world – Bauer explained –, we turn out to be wrong if we try to point out the uniqueness of the Holocaust (more than its nature as an unprecedented phenomenon), because by doing so we fail to acknowledge that genocide is part of the history of humanity and can thus be repeated not only in the same breadth such as the annihilation that befell the Jews, but also following new patterns.

How can we then prevent genocide, as we are aware that in human beings coexist two often clashing instincts (the one to kill and the one to cooperate and even to rescue others, as the “Righteous” are fortunately a constant in every kind of evil)?

The scholar reminds us that even in the commandment Thou shall not kill there is ambiguity at work. Murdering somebody within your own group is not admitted, but at war killing is a value and the killing soldier is acknowledged as a hero and even awarded with medals.

In Bauer’s opinion genocide is a continuum in history and this is why the struggle for genocide prevention is a commitment that will never come to an end. This is why the very important remembrance of the Holocaust turns into an exercise of pure rhetoric when its purpose is not the prevention of today’s massacres.

Yehuda Bauer does first of all put forward a semantic revolution: he has rather the expression mass atrocity than the g-word, because the use that has been made of this latter definition after the approval of the UN Convention on genocide prevention and punishment has often deceived observers.

In fact, a literal interpretation given by the UN Assembly in 1948, which only refers to ethnic or national crimes, excludes all genocide crimes that had a different dynamics, such as for instance in Rwanda.

As a matter of fact no ethnic distinction between Hutus and Tutsis really existed. These categories were made up by the colonialist rulers and used to annihilate people within the same group. The same thing happened in Cambodia when a million people were massacred in the process of “re-education” carried out by the Khmer Rouges or in the Ukraine at the time of Stalin, as three million peasants died of famine following forced collectivization.

In order to deal with such situations the word politicide has been recently coined, but it is not considered in the United Nations Convention. Thus these massacres perpetrated on purpose have not succeeded in sparking outrage in the international community. In front of this waltz of definitions that has often offered an alibi not to see – because everything that failed to look like the Holocaust was considered as unworthy of international action – Yehuda Bauer said that the term mass atrocity can include all the crimes that are planned with the intent to annihilate a moltitude of people: genocide, politicide, ethnic cleansing.

Yehuda Bauer argues that a possible response to these crimes is always characterized by three stages: prevention before the process is set into motion, international action while the process is ongoing and the initiative to reconcile the different elements in the aftermath of a crisis, as it happened in South Africa and Rwanda.

To face these issues we should though consider that it is utopian to conjure up reaching unanimous consensus on genocide prevention at the United Nations. Some useful tools such as the 1948 Convention, international tribunals, the responsibility to protect populations, have been identified, but states usually fail to comply with these agreements by crossing vetoes and defending their own interests.

Today, in front of genocide, there exists neither a magic wand to prevent them nor a button that we can press just in case in an international seat. We only have at our disposal the art of politics and the sense of responsibility.

First of all we need such politicians that are able to practice diplomacy to prevent conflicts from turning into mass atrocities where one party destroys the other. For instance, today, despite all atrocities, no genocide has occurred between Israelis and Palestinians, but unless an agreement between them is set up, in the end the idea that the rescue of one people can be achieved only through the annihilation of the other will prevail, with the well predictable consequences.

And what can we say about Syria, where international institutions were unable to stop one of the worst mass crimes in our time, whereas probably a political agreement of the US with Russia could have led to a truce and the opening of humanitarian corridors?

Yehuda Bauer thinks that the art of politics must rely on the knowledge and research of expert scholars. Just like we study climate change and the seismic areas of our planet, experts should steadily monitor the critical areas where mass atrocities could explode. The study of past genocide cases is hence a key tool to understand the warning signs in the present.

A symbiosis between academics and politicians, provided with moral awareness and realism, can be the key to prevent mass atrocities in our planet. In this perspective in a recent international conference in Costa Rica, the Global Action Against Mass Atrocity Crimes has been created.

Without knowledge, even the best politicians cannot understand; but without the courage and creativeness of politicians, even the most thorough analyses and the best moral stances remain a sheer matters of principle.

In the box of Further Insights you can find the full speech held by Yehuda Bauer at the conference of the Open University of Israel.