Defeating Auschwitz: the example of Albert Bourla and Liliana Segre 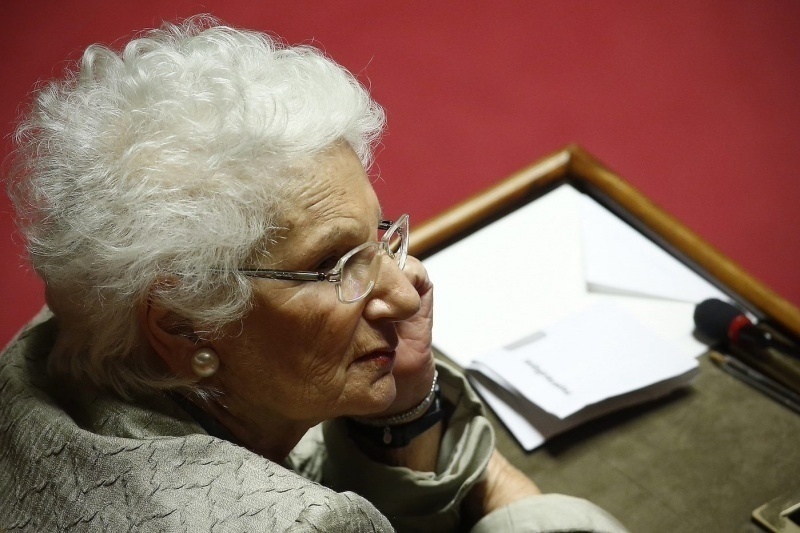 What is the most radical response to the extreme evil suffered by the Jews and humanity during Nazism? To imagine a future that breaks down barriers, walls, prejudices, and reconciles the divisions between people, turning the sharing of a common destiny into a drive to face every new challenge together.

This is what Albert Bourla, Pfizer’s chief executive, told the Corriere della Sera in a recent interview. A vet from Thessaloniki, Bourla started to collaborate with Pfizer in 1990 and later became its president and CEO. A multinational company, Pfizer gave the world the brightest hope to defeat the pandemic: its technologically advanced vaccine offered a solution to the sanitary crisis that brought the world to its knees.

Like my parents, Bourla was one of the few survivors from Thessaloniki’s Sephardic Jew community, which the Nazis wiped out almost completely. Until recently, few remembered that, until when the Nazis arrived, the Jews were Thessaloniki’s main cultural and entrepreneurial drive. Aristotle University in Thessaloniki was even built on the ruins of the city’s Jewish cemetery.

Bourla’s mother managed to survive by the skin of her teeth because a relative of hers managed to bribe a German officer a few minutes before his execution. Likewise, my grandfather Egisto Aroesti paid some watermen who, in 1943, listened to the voice of their hearts and carried my mother and her sisters along a very long trip until Cesme harbor, on the Turkish coast.

Today, Albert Bourla is proud to tell the world that the Pfizer vaccine originated from his collaboration, in the United States, with Mr. and Mrs. Sahin, the tremendous Turkish Muslim couple who developed Pfizer’s COVID-19 vaccine in Germany. As an entrepreneur, Bourla provided Mr. and Mrs. Sahin with all the financial resources to carry out their research, taking all the economic risks when skepticism was at its highest and without letting the governments influence his choices.

“That a Greek Jew and two Turkish Muslims, all immigrants in different countries, could collaborate and make efforts without even signing a contract with the only aim of saving the world is a marvelous message. In particular, the fact of being immigrants and exposed to different cultures has been the greatest gift for my children and me”.

In Thessaloniki, the Nazis wanted a world free of Jews and sought to indoctrinate the Greeks with the idea that the Jews were aliens with no connection to humanity. Instead, Bourla is proud to say, even to those who would like to see divisions and barriers today, how the most remarkable human endeavor to be imagined after the Shoah is the collaboration among all human beings, regardless of religious faith and ideological belonging. This collaboration shall be seen as the only victory against Nazism.

In the same hours as Bourla released his interview, Liliana Segre, an extraordinary woman in Italy who devoted her life to the memory of the Shoah and always warned against indifference, became the President of the Italian Senate Commission against Hate and Intolerance. By doing so, Segre gathered in our Parliament and our country all those who commit themselves against all forms of hate, whether on social media, or against immigrants, Jews, Muslims, and Christians, or, even, in politics and against our very neighbor.

Aged 90, Liliana Segre stressed that there is only one way out of that unforgivable tragedy: building a new world that banishes any intolerance in language as well as in behaviors. In addition to taking the honor of chairing the Italian Senate Commission against Hate and Intolerance, Segre also voted in Senate to grant Patrick Zaki – the Egyptian student and activist who is being arbitrarily held in Tora prison in Cairo – with Italian citizenship. Segre’s message is clear: we shall build a future of hope, with no hatred and divisions between “us” and “them”.

Liliana Segre has forerunners in this path: two great thinkers acted in the same spirit in the past. In her Diaries, Etty Hillesum, the young Jewish intellectual who lost her life in Auschwitz, wrote that it was only by defeating all forms of hate towards everyone, both Jews and non-Jews, that Nazism could be defeated. “Undifferentiated hatred is the worst thing. It acts as a disease in our souls… a barbarity we must reject, for we cannot nourish the hatred inside us if we want the world to take a step out of the sludge”.

It was not enough to bring one’s own body out of the prison camps, she wrote in her last pages. In the aftermath of the war, there was a need for “a new sense of things”, for “new thoughts and a new knowledge to branch out, bringing light beyond the barbed wire”.

The Polish Jew Raphael Lemkin was the first to take up the legacy of such a universal attitude. On December 11, 1946, he succeeded in having the Convention on the Prevention and Punishment of the Crime of Genocide approved by the United Nations. With this Convention, the world agreed to be united in the prevention of all genocides. Few know that, in the improvised UN headquarters, a disused war factory in Long Island, NY, the Egyptian judge Monim Bey Riad was Lemkin's great ally in the decision to accept the notion of "genocide" as a crime against humanity. Monim Bey Riad was the private secretary of Saudi Arabia's king. Against the opinion of the British delegation, Saudi Arabia's King argued that the word “extermination”, which the British proposed, was too bland and was a term "that seemed more suitable for lice and insects, rather than for human beings". This is how a Jew who survived the Holocaust and a Muslim Arab fought and won a common battle for the future of humanity.

I am saddened to notice that the universal discourse on the memory of the Righteous raises many concerns as if it could diminish the memory of the Righteous of the Shoah. In my view, the example of such men and women demonstrates the opposite: in fact, these examples show that the extreme evil that was carried out in Auschwitz, as well as its legacy today, could only be defeated in the name of an international alliance, one that overcomes all divisions.

It might be utopian, but Etty Hillesum and Raphael Lemkin showed us the only way to get to the root of the problem: even though it seems to be the most difficult, this way is the most exciting and productive for humanity’s future.

The world must be united, even in the search for the Righteous against extreme evil.