Day of the Righteous: the secret of the Good 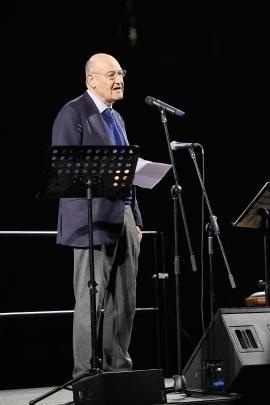 The Day of the Righteous is a day of great hope because it launches a message that touches the very essence of every human being.
Every woman and man who has received the gift of life can exert her or his freedom to accomplish, under any circumstances, a human gesture that can push the world to a good direction. The place you are in and your job don’t matter. Even the humblest and least known person can make small gestures that can change the fate and history of the whole planet.
It is the daily miracles of the ordinary people that can damage the persecution plans, the dictatorships, and can even stop genocide. Everybody can anticipate the Good in order to make the world cosier, more beautiful and more humane. The secret of the Good is very simple: it makes our life more beautiful and rich. Goodness is never a sacrifice.

The Day of the Righteous is the Day of gratitude and this year we dedicate it to the women and men who, with their courage, have made it possible to pull down the streams of fascism, Europe’s walls and have made known to us a history of peace and democratic life after the tragedies of the trenches and the two World Wars. Not saying thanks to those who have done Good for us is a sin of omission, because it means not only forgetting about the people who have made a better life possible for us and have saved human life but also leaving alone the people who, by their moral example, risk their lives and do whatever they can for us, in order to save the beauty of life. Our duty is that of passing on their tales so that they can become moral references for young people, mentors who teach us to live better. I always say the Righteous are our best friends, who help us to point ourselves in the best direction when we must make difficult choices.

The Day of the Righteous is a day that teaches us to reject hate and contempt in our daily lives, on the social networks and in politics.
We often think that the evil in history befalls us all of a sudden like a torrent, without us being able to do anything to stop it. Instead, evil comes in small steps, in a way we are hardly aware of. When we use sick words towards the other and start seeing as enemies those who have different opinions, faiths or nationalities, we pave the way to the birth of intolerance in the society, which can lead to new persecutions and dangerous conflicts. This is why we are all called to watch the use of our language in public and private life. We all have the opportunity, with our kindness and the taste for dialogue and acceptance, to avert the drift of our civilization.

The Day of the Righteous is an important Day for Europe, as it summons us to the founding values of our identity in a moment, when streams of nationalism resurface, that try to pit one nation against the other. Today we remember the Righteous of Europe like France’s Simone Veil, first woman president of the European of Brussels, who was aware that the response to the horrors of Auschwitz was the construction of Europe, or Hungary’s István Bibó, who presided alone the Parliament of Budapest in 1956 after the Soviet invasion.

If we want the European community to build new horizons, we need to find again women and men like the young journalist Antonio Megalizzi, who died in a terror attack in Strasbourg; people who devote their lives, body and soul, to defending and emphasizing the European values. We are better Italians only if we become constructors of tomorrow’s Europe. What we have received by Europe’s founding fathers, that we have to be able to pass on to our children.

The Day of the Righteous of the Humanity is an important Day for Italy because our country is recognized by all nations as the country that transmits to the world the idea of beauty, creativity, the wealth of our art and architecture.
Besides all this, there are great values of generosity and solidarity that everybody acknowledges to us. It is not by chance that we have become all over the world the heralds of the idea of Good and the Righteous as only the Yad Vashem Memorial in Israel until now has done in the world. Italy and Israel are today the two leading countries in spreading the idea of the Righteous all over the world.

The Day of the Righteous is an important day for Milan, as our city has become the moral capital of the great movement of the Garden of the Righteous.
The Garden of the Righteous World-Wide of Milan has become the reference point for hundreds of initiatives that take place all over Italy. It is a great honour that the Cathedral of Milan and its archbishop Delpini have given us this opportunity to pass on to the world a great moral message through today’s concert. The words of peace that have been pronounced today, together with the music of the organists and the voice of Antonella Ruggiero, make it possible to us to keep our trust in humanity.

There is a spire of the Cathedral, which my father deeply cherishes. I am lucky to have a Dad like him, who was one of the first people to understand the danger of Nazism and fight for freedom. I would like to remember him today, because he has just turned 100 and he taught me the taste of freedom and responsibility, to be brave and determined.

Concert for the Europe of the Righteous - Milan Cathedral