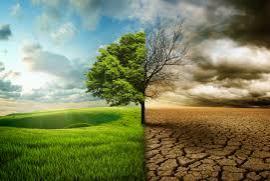 Wally Broecker published the paper "Climatic Change: Are We on the Brink of a Pronounced Global Warming?" in 1975. It was dramatic prediction of the climatic condition we are experiencing today, that popularized the term global warming. Not only that, Broecker clearly warned of the need to take immediate action to study the planet's warming process and eventually predict it. Here some extracts of the study, available entirely below.

The fact that the mean global temperature has been falling over the past several decades has led observers to discount the warming effect of the CO2 produced by the burning of chemical fuels. In this report I present an argument to show that this complacency may not be warranted. It is possible that we are on the brink of a several-decades-long period of rapid warming. Briefly, the argument runs as follows. The 18O record in the Greenland ice core strongly suggests that the present cooling is one of a long series of similar natural climatic fluctuations. This cooling has, over the last three decades, more than compensated for the warming effect produced by the CO2 released into the atmosphere as a by-product of chemical fuel combustion. By analogy with similar events in the past, the present natural cooling will, however, bottom out during the next decade or so. Once this happens, the CO2 effect will tend to become a significant factor and by the first decade of the next century we may experience global temperatures warmer than any in the last 1000 years. [...]

Of the climatic effects induced by man, only that for CO2 can be conclusively demonstrated to be globally significant. [...]

The resultant curve obtained by combining the CO2 effect with the simulated natural curve shows dramatically what will happen if the natural cooling trend bottoms out and swings into the next warming phase according to the schedule postulated here. Global temperature would begin a dramatic rise which would continue for about four decades (that is, half the 80-year cycle). This warming would by the year 2000 bring average global temperatures beyond the range experienced during the last 1000 years. Until chemical fuel consumption is dramatically reduced, global temperatures would continue to rise. Future natural cycles would merely modulate this ever-steepening rise (40-year periods of more rapid increase followed by 40-year periods of less rapid increase). [...]

The major point of the argument is that over the past 30 years the warming trend due to CO2 has been more than countered by a natural cooling. This compensation cannot long continue both because of the rapid growth of the CO2 effect and because the natural cooling will almost certainly soon bottom out. We may be in for a climatic surprise. The onset of the era of CO2-induced warming may be much more dramatic than in the absence of natural climatic variations. The agricultural consequences of this ensuing warming are not obvious (neither are the implications to global sea level). A knowledge of the mean global temperature tells us little about the rainfall patterns in the chief grain-producing regions. There is little doubt, however, that this gradual warming will lead to changes in the pattern of global precipitation. Our efforts to understand and eventually to predict these changes must be redoubled. [...]