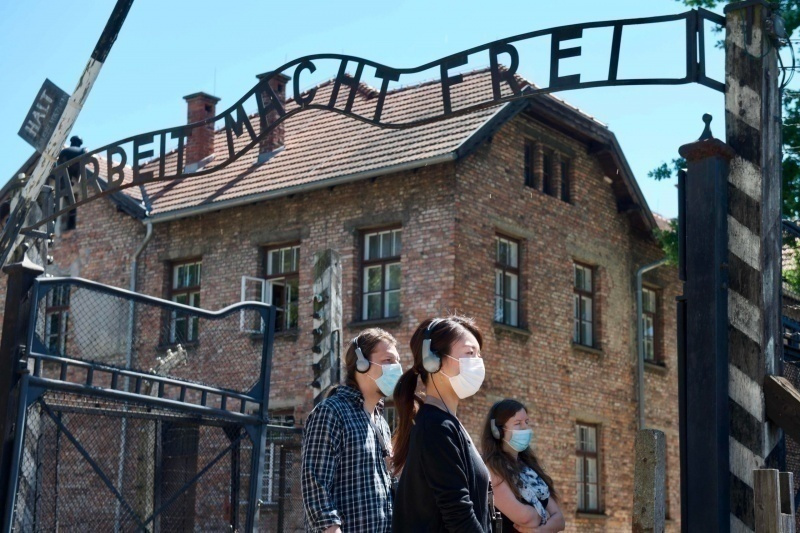 Gabriele Nissim’s speech at GariwoNetwork fifth meeting titled “Preventing genocide through the example of the Righteous”. Here is the video.

We live in a dangerous world, which urges us to rethink Gariwo’s challenge and the role of Gardens of the Righteous in society.

We therefore have great responsibility, which I will try to explain: turning Gardens into the moral and cultural support of the United Nations Convention against Genocide. Worrying situations are emerging all around the world.

In Kalisz, Poland, where King Boleslaw promulgated a code of hospitality for Jews in 1264, a horrible demonstration took place that called for the expulsion of Jews from the country and the repetition of 1968 anti-Semitic campaign. Let me remind you about a slogan describing Jews as the enemy of all diversities that pollute Poland: “Gentlemen officers, let your hand not betray, do us a favour, truncheon our enemies: migrants, LGBT, pederasts, Zionists, who are enemies of Poland. Get out of our country. Go to Brussels”.

In Afghanistan we have witnessed a defeat of humanity and of all women, as Liliana Segre has also reminded us. Girls are no longer allowed to go to school and women can only move around the streets if accompanied by men.

On 25th November a meeting of the Supreme Court will take place in Russia, requiring to outlaw Memorial, the organisation that has documented the victims of gulags since the time of Gorbachev. Among the faults attributed to the banned organisation is that of polluting the spirit of youth. It is as if someone in Italy were to say that Primo Levi should be censored because he is bad for education of children in school.

In Nagorno Karabakh once again the Armenian people have been humiliated amid general indifference.

China is threatening to invade Taiwan and I am afraid that the world will passively watch such threats, as it happened in Budapest in 1956. Also in China, cultural genocide is taking place against the Uighurs, who are being held in re-education and concentration camps. Beijing’s totalitarian censorship prevents all forms of documents and information. I would like to remind everyone of something shocking. Nobel Peace Prize laureate Liu Xiaobo’s wife confessed to us that they had seized the corpse of her husband, who had not been buried, as it had happened to Antigone’s brother.

Belarus uses migrants as ammunition against Poland and Europe. For the first time their bodies are being used as weapons of war. This is also destroying pietas for migrants, left to die at the borders amid the indifference of the world and of Europe.

All this makes us think that extreme evil is constantly threatening us and, as Primo Levi suggested, Auschwitz is always looming and never ends because extreme evil is always a possibility for human beings. We have been recently reminded of this by Liliana Segre, attacked at the age of 91 as a Jew and a survivor, in that she takes a stand for hospitality, because she denounces hatred in speech and social media, because she invites people to get vaccinated.

This is why we must always tell the world about the forces of the night, as Charter ’77 philosopher Jan Patočka wrote.

Keeping silent and removing means hiding the truth, which is what negationists want to achieve by getting us used to being indifferent.

However, it is not enough to denounce evil, we must work to make prevention of genocide our moral imperative. Not committing genocide must become, as Lemkin imagined, the new moral commandment of human beings.

How can we do it? We must imagine and design Gardens of the Righteous as a cultural tool to foster the United Nations Convention, voted by the Assembly in 1947, which committed the world after the Holocaust to preventing and punishing every mass atrocity committed in both times of peace and war. The Righteous, indeed, are individuals who take responsibility against extreme evil.

This is why we can imagine the “mission” of the Gardens as a slogan that will be the basis of our effort and of our Foundation: save Humanity.

Teaching that in every circumstance each individual always has the opportunity to save human beings and to behave, as Marcus Aurelius taught, to exercise the profession of human being.

This is the moral horizon of the Gardens that we want to build in every corner of the world, in every capital city, in every country, so that the Convention becomes a living document in civil society, in public opinion.

We would like this mission to focus on the city of Milan, our country, our parliament, Jewish and Armenian communities, the European community. We want to do it together with you all.

How did the word genocide and the very idea of prevention come about?

We owe it to Raphael Lemkin, a Polish jurist who, at the age of twelve, was deeply moved by the novel Quo Vadis, written by Polish writer Henryk Sienkiewicz, which recounted the massacres of Christians sent to die by Nero in the arena.

He reread the book several times and, as a young boy, made a remark that was not at all naive.

“If any of those Christians condemned to death amid general indifference, for the sole reason of believing in Christ, had by chance turned to an “officer” of the time for help, they would have never received protection”.

And why didn’t any officer come to the aid of Jews during pogroms and of Armenians during massacres in Turkey?

Lemkin wondered about other issues.

Why was young Armenian Telhiran forced to take justice into his own hands in Berlin in 1920, when he killed Taalat Pasha, Turkish interior minister and mass murderer of Armenians, while the international community remained passive?

And why in Paris in 1926 did Shalom Schwarzbard, a Jewish tailor whose parents had died in a pogrom in Ukraine, emulate Tehliran’s gesture and kill Ukrainian minister of war, Symon Petliura, who had been personally blamed for those massacres?

After reading Mein Kampf, Lemkin campaigned for Madrid conference to pass an international act punishing barbarism and vandalism, which anticipated the concept of genocide that he formulated during the invasion of Poland in 1939. Unfortunately, he was not listened to then.

After an adventurous escape, which took him first to Lithuania, then to Sweden, Russia and eventually to the United States, he tried in vain to persuade the American president to call for international mobilisation in the Second World War to prevent the genocide of Jews.

Thus, after the war that had traumatised the world due to the extermination of Jews, Lemkin had some important insight.

The victims of the extermination of Jews could only be redeemed by looking to the future and creating an international act outlawing genocide. Reparation for the most terrible of griefs was only possible by looking forward and pushing the world in a new direction.

To achieve this, all human beings were to be united, making it clear that the destruction of one part did not only affect a minority, it impoverished the whole of humanity. Those who hurt others, as Socrates had argued, hurt themselves as human beings.

Everyone had to realise that if an instrument had been missing in an orchestra, the music would have lost notes.

Just as the extermination of Jews had affected everyone, so the harm done to other minorities affected Jews. There was no such thing as one specific type of hatred, be it anti-Semitism, prejudice against black people, women or the LGBT community. Any hatred creating the seeds of discrimination and of possible destruction was therefore hurting everyone.

When she asked for the burial of her brother Polynices, Antigone appealed to a superior “unwritten law of the gods”; Lemkin, on the other hand, imagined that whenever any ethnic, political or cultural minority felt threatened and in danger, it could count on a supranational right and authority to guarantee its protection and dignity.

The commandment “Thou shalt not commit genocide” was to be above any national legislation.

This was the belief that guided Lemkin in his extraordinary diplomatic operation leading him to persuade most states of the world to sign 1948 Convention on the Prevention and Punishment of the Crime of Genocide.

We are aware that since the end of the war the principles of said Convention have been disregarded many times due to the interests of superpowers that, in spite of Auschwitz, have remained passive - if not actually complicit - before new genocides and mass atrocities.

Moreover, there is a lack of clarity on the concept of cultural genocide and genocides that, as in Cambodia or Ukraine, originate within the same ethnic and national group. We may call it politicide. Lemkin did not even address the issue of women’s protection, which is so topical today. The importance of protection for women can be seen in today’s images of Afghanistan and other Islamic fundamentalist countries, which destroy their right to dignity.

Women are deprived of their right to life through some laws that in some ways resemble racial laws that discriminated against Jews.

However, as Lemkin envisaged, the Convention has opened up the possibility of a new beginning for humanity.

We at Gariwo, through the Gardens of the Righteous, want to bring the spirit of this Convention alive so that these places become pivotal cultural supports in society.

We can do this in several ways, starting from the great experience of the last few years.