Antisemitism: the day of shame in Germany 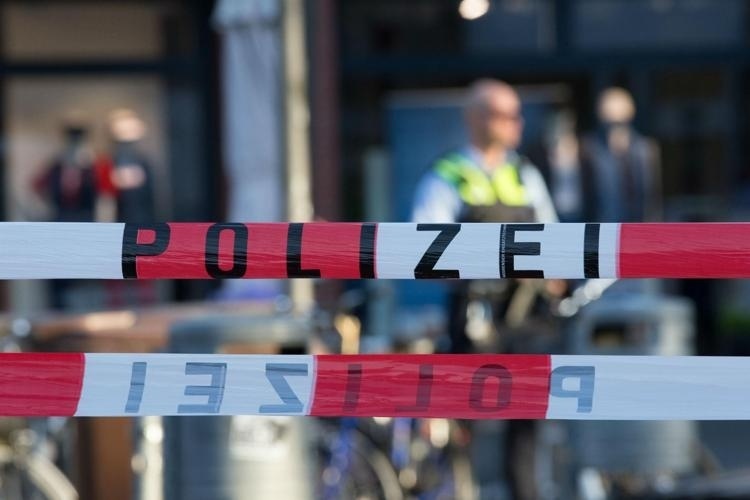 FROM STOCKHOLD - A series of unprecedented antisemitic attacks, occurring in conjunction with the re-exploding of the Israeli-Palestinian conflict, are causing outrage and fear in Germany. On Saturday, on the occasion of the commemoration of "Nakba Day", a sea of hatred invaded the streets and squares of Germany, as well as the web, with a series of acts and slogans that provoked harsh reactions from politicians, but also the distancing of many leaders of the Muslim community. It had little to do, originally, with a legitimate and partly peaceful protest, which soon degenerated - due to a conspicuous minority of violent people - into a repertoire of shouted stereotypes and hatred, both old and new, that made our blood run cold. At stake is not only the security of the German Jewish community, which has appealed to the government feeling rightly threatened but the very culture of coexistence, which seems to have entered a short circuit.

In Berlin, the police officers who stood up to the violent crowd were insulted and attacked, hit with rocks, lighters, bottles, but also with large stones torn from the streets. The slogans chanted, here as in other cities, ranged from an insult-based attack directed at Jews and Israel ("murderer of children," as the crowd chanted, echoing a well-known antisemitic adage) to repellent comparisons, portraying both as the new Nazis. The videos spread on the web give us an idea of the repertoire, directed - with threats and shouts - even more to the small demonstrations of solidarity to Israel. In large part, the authors came from a migratory background and were very young. For years, as recalled by the psychologist of Palestinian origin Ahmed Mansour, forced to live under constant threat for his commitment, Muslim antisemitism has been tolerated in Germany, focusing instead on the scene - certainly not to be neglected, even in the current context - of the far right.

Also during the Berlin protest, an Israeli journalist, Antonia Yamin, was the victim of firecrackers being thrown at her, "guilty" of having spoken in Hebrew at the microphones of her station. It wasn't the first time, recalls the Kan TV correspondent, who said, "It's not easy being an Israeli reporter on the streets of Europe right now." In this inflamed atmosphere, the web turned out to be Pandora's box from which everything spilled out: from delirious insults to Hitler, "guilty of not having finished his work" (a recurring phrase, Thomas Bernhard recalled, in post-war Austria), to calls to target and erase Jews and Israel from the face of the earth.

The weekly Der Spiegel reports an internal analysis of the authorities, according to which they fear attacks with Molotov bombs on Jewish institutions if the conflict in the Middle East continues to intensify. Also throwing fuel on the fire was Erdogan, who praised the protests, speaking of "Israel, a terrorist state that has crossed all limits." "Those who remain silent or openly support Israel's bloodshed", added the Turkish dictator, "should know that one day it will be their turn". Unsurprisingly, many Turkish flags waved in Berlin and other German squares.

The most serious fact is, without a doubt, that the small German Jewish community, composed today in the overwhelming majority - according to the data, about 90% - of people from the former Soviet Union, is at the center of attacks and demonstrations that have not hesitated to target and hit even their synagogues. This is the case in Gelsenkirchen, where on Wednesday more than a hundred people, who took the police unprepared, shouted terrible insults in front of the place of worship, throwing the local community into terror. There have been acts of vandalism against Holocaust memorials, such as in Düsseldorf, while desecrations against synagogues have also occurred in Münster, where an Israeli flag was set on fire in front of the temple; in others, such as in Bonn, stones were thrown against the stained glass windows. All this while antisemitic crimes, with a further acceleration due to Covid and to the spreading of hatred by the far right, have been constantly increasing for years.

The reality is that both in Germany as in Italy antisemitism exists on the right, on the left, and due to a certain type of migratory background. The first and the third intersect very well in groups like the Gray Wolves, which according to government data represent the largest group of the extreme right on German soil. Turks, indeed. But the link between the second and the third type should not be underestimated either: in the great embarrassment of the German left, the angry squares of Saturday (and not only) turned out to be mainly linked to this last entanglement.

It is time to violate a taboo that, in Germany as in Italy, has remained on the margins of the political discourse of the left for decades: that there exists, strong and rooted, antisemitism on this side too, not only in the right. An uncritical and self-absolving assumption that has recent historical foundations in the removal, by the Communists, of Soviet antisemitism and its crimes. The spirit of puritanical crusade that animates many of us in this environment, which is the one in which I grew up, in which it is assumed that we are "the good ones" (to quote a masterpiece novel by Rastello) when there is no lack - and we all know it - of sinister shadows that run through all of twentieth-century Europe: it is enough to reread Giorgio Bassani, in this regard, and what he wrote about Communist antisemitism already in the immediate post-war period.

Not to be underestimated, however, is the contribution of the new Right to a very bad climate where antisemitism, which is never too diffused among natives and migrants in Germany, finds a new legitimacy in the political and cultural discourse anyway. This happens first and foremost thanks to the web. This latter is a fundamental channel - like it or not - for the education and acculturation of many young people. An analysis of the antisemitic slogans of Saturday can only refer, on the one hand, to the Covid protests, where antisemitism has become practice, and on the other hand to old and new conspiracy theories that, shared in infinite variations on the internet, are inspired by the "great Jewish conspiracy" and the Protocols of the Saviors of Zion.

Now, regardless of the feelings (pure horror) that - like many Germans - I have felt and still feel for what happened in these days, to get rid once and for all from old-fashioned terminologies - Zionist state or entity, for example -, from improbable juxtapositions with the Holocaust - see the bands with the Star of David used in the German demonstrations against the lockdown, or the T-shirts and banners on the Shoah on Saturday - and from an acceptance, even on the left (by people who are very careful, in other cases, to be politically correct), of antisemitic speeches that have nothing to do with the ongoing conflict, would be a very good way to contribute to peace, not only ours but also of Israelis and Palestinians.

Not only, after this day of shame - which will leave indelible traces for years in Germany - this is a moral imperative for anyone, regardless of political faith, who believes in a culture of coexistence.