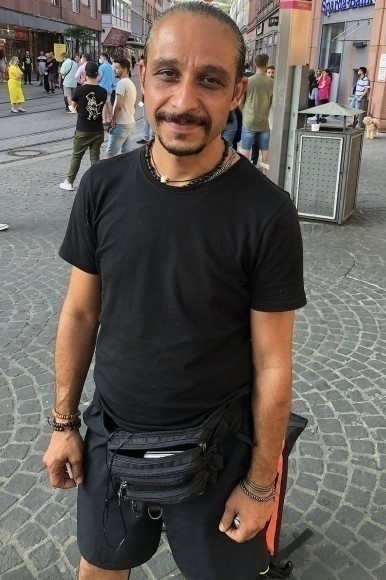 FROM STUTTGART - While it is still being debated, here in Germany, whether the attack carried out Friday in Würzburg – which cost the lives of three people, brutally killed at knifepoint by a young Somali – can be considered with certainty an Islamist attack, the usual dynamics that have characterized, in recent years, such tragedies re-emerge. On the one hand, as Klaus Hillenbrand writes in the Tageszeitung, “there is a tendency to minimize these attacks because one wants to avoid giving right-wing radicals and populists fuel for their racist ideas”. On the other hand, a web overflowing with hatred reappears, thanks to a minority of Germans (and not only) ready to lash out against Merkel and her policy of openings, exploiting – and almost exulting for, one might say – every crime committed by foreigners.

The reality, as we will easily understand, is much simpler and, at the same time, more complex. That a problem exists with a fringe of the German Muslim community is a fact that is impossible to deny: several incidents confirm that, unfortunately, from the 2016 attack on the Christmas market in Berlin to many minor episodes, including – near Würzburg itself – an attack on a train in 2016. But it also weighs a climate of threats and fear sown by such extremists – as well as by the Turkish Grey Wolves, the largest far-right group present on German soil, according to data from the Berlin authorities – which has created quite a lot of tensions, and violent acts, against the various communities residing in Germany, as well as against politicians and activists.

But it is also true that coexistence, more here than elsewhere, is a fait accompli for a segment of the population – those of foreign origin – that in several large urban centers is close to being, or already is, the majority, statistics in hand. Underestimating one aspect rather than another means only to provide an ideological perspective on reality, giving rise, at times, to speculations that result in conspiracies, and reinforcing a hatred that – also because of the pandemic – is grafted onto social and cultural discomfort as never before, evident and alarming.

So, in the horror of an attack that – as witnessed by the many videos made live – was of incredible violence, there is also a positive image: that of the many citizens, often of foreign origin, who faced the murderous fury of the assailant, preventing other lives from being lost. Among them – perhaps the bravest of them all – a 42-year-old Kurdish Iranian, Chia Rabiei. “I wasn't thinking about the danger. I was just thinking about stopping him so that no one else would get hurt,” commented the man, who has only been in Germany for a few months and is staying in a shelter for asylum seekers.

Nothing could be truer. Having lived in Iran for five years, meeting many Kurdish friends like him, I can't help but confirm, both for the great heart of a community that has suffered over a century of persecution and for the harshness of the Iranian regime's repression against them. I remember their underground newspapers, which they used to pass to me and I carefully hid in my apartment, where they wrote about the torture and executions against them in Iran. And I also remember Kurdish friends jumping with both feet over Israeli flags that, in various public places in Isfahan, one was invited and almost forced to step on.

The fate of Iranian Kurds, for many reasons, has unfortunately never been in the spotlight, unlike what happened in Turkey, Syria, or, more rarely, in Iraq. Yet, these are extraordinary women and men who deserve support in their claims for equality in their homeland, but also in a welcome that saves them from the hand of their perpetrators. And this is not only for their benefit but for ours as well.

It is thanks to people like Rabiei that today Germany is an open and safe country worth living in. We often talk about economic resources for migrants – as if they were objects – or about integration – as if we had to replace their culture - but the reality is that our country is more beautiful and safer thanks to people like him.

Let's not close our eyes, then, in front of those who sow terror, not even for a moment; but let's never forget, at the same time, that our best friends and allies to face it are often migrants like the hero of Würzburg. People who have had to face that same violence not just one day, but all their lives.