An Angelus for the Righteous in all genocides

an article for the Corriere della Sera, for believers and non believers 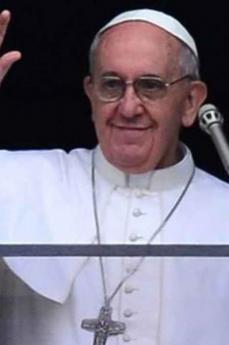 Moral revolutions always start out with symbolic gestures, not because we can change the world with a magic wand, but because little clues highlighting the value of goodness help people believe in the creative force of their own conscience. One of these gestures could be an Angelus recited in Piazza San Pietro to remember the Righteous, i.e. all those people who have done everything in their power to defend the sacred value of human dignity during all genocide cases, in all dictatorships, all forms of totalitarianism, and face the worst crimes against the humanity. This is why I have turned directly to Pope Francis by writing him a letter where I ask him if one of the next Sundays, when appearing at his balcony, he can remember the varied moltitude of human figures who in difficult times have come to the rescue of the persecuted. With such a public act, in front of thousands faithfuls in San Pietro, the idea of good arisen in Jerusalem, where over 20,000 Righteous people who have risked their lives to rescue the Jews are remembered in a garden, could become a heritage to the whole humanity. In the Church tradition the deeds of the Saints and Martyrs who have sacrificed their lives to defend the right to worship and to safeguard religious institutions have always had a great resonance. In this case the key issue for the Pope would be to make room, alongside with the Saints’ memory, also for honouring the memory of those individuals who, regardless of their faith, spent their lives to safeguard human rights and justice on this earth. Two factors have led me to think that the Pope could fullfil this request of mine. Recently the head of the Church has had the great courage to state that both believers and non believers can meet on a common ground: they behave according to their conscience. This is the alarm bell that gets them to distinguish between good and evil. These are words which remind us of those of Hannah Arendt’s, as she noted that the Germans who refused to dance by Hitler’s tune (whom she called the “non participants”), behaved righteously because they judged by themselves, in the solitude of their own souls, regardless of their political or religious beliefs. In these first months as pontiff, Pope Francis not only byh words, but also by his deeds has been able to transmit a message so extraordinary for its simplicity, face the illusions of those who seek the futility of appearances, fame and power as goals in themselves. Doing good, coming to the rescue of others, defending the truth, loving our neighbours, forgiving those who have lost themselves and have been able to admit their mistakes, is the best experience that can ever occur to a human being. This is an opportunity for everybody and represents the greatest richness a man can ever obtain through his deeds. If by absurdity we could ask many Righteous people such as Nelson Mandela, Poland’s Jan Karski, Bulgarian Dimiter Peshev, the Russian academic Andrej Sacharov, and Rwanda’s Yolande Mukagasana about the deep motivations of their deeds, we would probably hear as a reply that they risked their lives because it is impossible to carry a beautiful life without justice. Such a clear message as Bergoglio’s on the meaning of life can be retraced in the experience of philosopher Jan Patočka, who died in Prague in 1977 after a police questioning. Patočka explained the relationship between the pleasure of life and the pain we experience when we defend human dignity in a totalitarian system by the means of an oxymore: “The very things that are worth living for, are the same things that are worth suffering for”. An Angelus for the Righteous would not only bear a great value for the renewal of the Church message, because it would put the social responsibility of believers and non believers on the same level, but it could also have a healing effect for the rearrangement of memories. It occurs too often that face the past genocide cases and totalitarian regimes we witness an artificial competition of memories, nearly as if were necessary, in front of an act of extreme evil, to keep politically correct by drawing up a hyerarchy of pain. The question of who has suffered more between the Jews, the Armenians or the Rwandans, is the most stupid question on earth,  because the memory of of evil should unite the protagonists of different experiences. Today, instead, as happens in Eastern Europe, it is often impossible to remember the victims of Nazism along with the ones of the Gulag. This Pope, in this historical moment, could remind the world with his charisma that Good unifies humanity. The Righteous have no fatherland, they represent our hope in the future, because they teach us how each of us, in his small way, can be a stem against evil. Matthew writes in the Gospel: «Blessed are those who hunger and thirst for righteousness». The Righteous were moved by this spirit and have saved the world.