A new genocide is being set in Karabakh 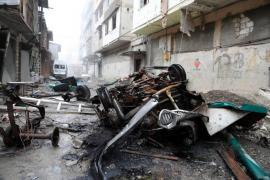 When, in the very first days of war, the Armenian government started to describe the Turkish-Azerbaijani attack on Karabakh that began on 27th September as an attempt of genocide, I make no secret that I felt a hint of irritation. Since I have dealt for years, as a journalist, with some of the historical applications of the intuition of Polish Jewish jurist Raphael Lemkin, I do not like it when this term is misused. The memory of Shoah and that of 1915 Armenian genocide is too profound, the wounds of Srebrenica and Yazida are too recent, for one to think of using this term outside its context, which is primarily legal, not emotional. As Lemkin wanted it to be used, when he invented the term and concept.

I admit I was wrong. After following the escalation unravelling since 2014 in Nagorno-Karabakh, I thought at first that it was one of the several small, though atrocious battles taking place between Azeris and Armenians, which cause few casualties and then fall into silence. I was wrong, as I was perhaps also in April 2016, when Armenians were talking about use of jihadist mercenaries in Talish massacre, where I have been twice, the first time in May of that year, when I saw the traces of that violence on each house.

I have always refused to believe and write it until this last war broke out, considering it to be propaganda. Today I know that I may have made a mistake, since a few days before 27th September, Al Monitor website had already disclosed their arrival from Syria to Azerbaijan, thanks to the support of Erdogan’s government. The Guardian also reported it, with a wealth of details, and several Western chancelleries now openly admit it.

As I read the magnificent work of historian Norman Naimark (Genocide: A World History, which has unfortunately never been translated into Italian), I am aware that Lemkin’s idea is a historical constant starting from the first centuries of human beings’ documented history to the present. And here it is, just before us: a new possible genocide. Surrounded by total indifference, today as it was yesterday. We have seen it in Karabakh in the last few days, through the numerous, too numerous clues, even though an irreparable scenario, perhaps, may still be averted. But only if we act now.

What is certain is that ethnic cleansing (for those who know, for those who want to see) is already taking place, amidst the complicity and silence of large part of the international community. The debate on whether or not Turkey should enter Europe periodically has a comeback. The truth is that Ankara, together with its Azerbaijani ally, is already in Europe: one can see it clearly these days. One can see it when Di Maio publicly thanks Turkey, while Armenians are under siege in Stepanakert. One can see it when the Vatican stammers or is silent, causing the fury, not only of many Armenian Catholics, but also of many simple believers. One can see it in hesitations of Brussels and Washington, amidst general condemnations and a facade neutrality which, we know only too well, is the most powerful weapon in the hands of executioners.

One can see it in editorial offices (RAI, Repubblica, Euronews, among many others) publishing, after the premature end of the humanitarian ceasefire agreed upon in Moscow, false accusations of a violation on the part of Armenians, citing only the (real, certain) attack on Ganja, Azerbaijan. However, it is a shame that before that moment in Karabakh, for the first time since the beginning of the crisis, a horde of international journalists had arrived and ended up under the bombs. Was it too much effort to inform them? It is not a joke. As recounted by those who, like Daniele Bellocchio and Roberto Travan, have been there for over a week, it was perhaps the worst night (and day) in terms of intensity of bombings and clashes. And there had also been blows and attacks even before. Once again, there is complete lack of balance between reality and representation.

This news, as well as the clear and unquestionable message for those who are there today are not conveyed that Stepanakert is a new Sarajevo, besieged and hit, hour after hour, by overwhelming and ruthless powers, led by the criminal ferocity of Azeri and Turkish dictatorships, which feel strong in the silence and complicity of our beautiful humanitarian democracies.

More than half the population of Karabakh has fled, the remaining part is surviving (though, for how much longer?) locked up in air-raid shelters, night and day, terrified and exhausted. Hundreds or thousands of people have lost their lives (many missing and casualties are still to be counted, as it is now openly admitted). Armenians, official communiqués aside, have lost important positions, they do not have the assets or the strength to resist this siege for long. Ethnic cleansing is already underway, before our very eyes. And this is not the most disturbing scenario: a new genocide is indeed ready just around the corner.

A genocide that may have started little time ago: on 27th September, when this war began, which is becoming increasingly ruthless and inhuman with the passing of time, of every hour. For it to be carried out, it would be sufficient for Azeri troops to break the front lines, which are a handful of kilometres from Stepanakert. For it to be carried out, there is no shortage of Syrian militiamen who are paid and sent to turn Karabakh into hell. For it to be carried out, all political, diplomatic, economic and energetic prerequisites exist that tip the balance in favour of Azeris and Turkish.

It will (or already is) ethnic cleansing or genocide. Tertium non datur. The only thing that – those who count in this horror scenario, who have power and influence in Italy and in Europe - can wonder is the following. Something that each one of us can and must wonder, in our conscience. Once again, we knew. What have we done to prevent a new genocide against Armenians?