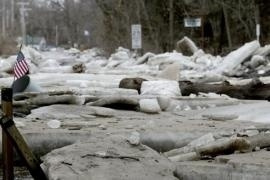 We can all learn many things from the Righteous.1 For example, while reading the inspiring stories of the individuals recognized by Gariwo as the Righteous for the Environment,2 I became aware of a key feature of the Righteous that distinguishes them from many of the politicians and celebrities turned political activists fighting against climate change.3 Perhaps we can all learn a lesson from this difference that may help transform the frequently counter-productive self-righteous environmentalism that currently only serves to fuel the “culture of enmity and contempt”4 into a far more effective response to climate change.

By coincidence, the first time I experienced what I consider to be the key feature of stories about the Righteous that infuses them with such unique power to influence our behavior, involved what is typically called a natural disaster. A number of years ago a tornado devastated a small town in the middle of the United States where I had just given a series of talks. A few days after the tragedy I was reading a list of those killed to see if I recognized the names of any of the people I had met during my short visit. The name of each of the deceased was accompanied by a brief account of the circumstances in which they had died, such as a tree falling on their house or being struck by blowing debris. All of these brief sketches contributed to a powerfully poignant portrait of sadness and human suffering. However, some of the short descriptions contained a few words that evoked a sensation distinct from, and in addition to, the overwhelming sadness common to all of the stories. Merely pointing out that a person had been killed by debris while using their body to shield others who survived, or that someone was killed when they left the safety of their shelter to assist a neighbor, produced a tightening of the throat and a tingling in the chest that the other descriptions did not. I later learned that psychologists have labelled this sensation “moral elevation”5 and found that it is associated with both greater concern for the well-being of other people and the tendency to engage in acts of selfless caring to benefit them. Years later, I instantly recognized the same sensation when I started reading the stories of the Righteous Among the Nations. Indeed, it was difficult to imagine anyone reading the stories of the Righteous without at least being slightly inspired to emulate their selfless caring for those around them.

I have recently noticed certain similarities and differences between Yad Vashem’s criteria for a person to be considered for the title of the Righteous Among the Nations and the behavior and message of many of the public figures attempting to lead the fight against climate change. The first similarity is the importance placed on the act of rescue. The Righteous Among the Nations had to rescue or attempt to rescue one or more individuals. Many politicians and other public figures calling for actions to combat climate change present themselves as rescuers of hundreds of millions of people and perhaps all life on the planet. The second similarity is that the rescue is necessitated by the actions of other humans. In the United States the villainous enemies primarily responsible for climate change are typically said to be conservatives, supporters of the current president, and supporters of fossil fuel industries. Further, those skeptical of the reality of human-caused climate change are portrayed as roughly analogous to by-standers. This category is important because in both situations one of the goals is to influence potential by-standers to be willing to take action against the villains (e.g., those perpetrating future genocides or causing climate change) even when such action requires risking one’s own well-being for the benefit of others.

This brings us to the crucial difference between the Righteous Among the Nations and many of the public figures calling for the need to rescue the world from climate change. To even be considered by Yad Vashem for the title of Righteous Among the Nations a person had to not only attempt to rescue others, the person had to risk “his or her life, freedom, and safety . . . without exacting monetary compensation or other rewards.”6 Further, there must be solid evidence of that risk. In contrast, many politicians and public figures calling on others to go to war against climate change have failed to make even small reductions in the comfort of their own lifestyles. Far from morally elevating figures, such individuals become analogous to politicians conscripting others to fight a war while they themselves refuse to even observe the rationing of food they impose on others. This robs would-be leaders of efforts to stop climate change of their ability to morally elevate others with their own example. Further, their behavior can be interpreted as an indication that they do not believe their own claims about the dire consequences of climate change, because if they did they would surely be willing to take every possible action to prevent it.7 These effects cannot be offset by emphasizing the huge numbers of people in need of rescue. In fact, the almost inconceivably large number of lives potentially lost due to climate change makes the unwillingness to endure even small discomforts to prevent it all the more significant. In stark contrast to the individuals Gariwo has recognized as the Righteous for the Environment, such public figures risk becoming seen as self- righteous environmentalists.

How can this be changed? Obviously a person cannot take the types of risk taken by the Righteous unless the opportunity presents itself, but a person can make smaller life changes that demonstrate a willingness to endure some amount of hardship to accomplish the goal of rescuing others. Quietly starting to walk or take public transportation instead of driving, or skyping instead of flying to a meeting, might be more important than it would appear. Even more effective would be joining the thousands of anonymous individuals who quietly volunteer to help out in disaster relief efforts. This would be a particularly appropriate signal to communicate the sincerity of one’s concern for those directly threatened by the effects of climate change. These acts might not seem like much, but they might be enough to influence at least one climate change skeptic to take the time to read some of the scientific papers they would otherwise be unwilling to look at.

There is another lesson we can all learn from the Righteous. Many of the Righteous have at least partially attributed their own actions to hearing inspiring stories about the selfless acts of others.8 Thus, we might all benefit from experiencing a little moral elevation by exposing ourselves not just to the stories of the individuals recognized as the Righteous for the Environment, but also to the many stories of individuals who have risked or given their lives trying to rescue people from “natural” disasters. The stories about these rescuers may not appear to be as dramatic as calls for a war on climate change to save the entire planet. However, the power of these stories does not depend on the number of lives saved, or if the rescuer saw their own actions as part of a war against climate change. These stories move us because they perfectly illustrate two of the sayings most closely associated with the concept of the Righteous. The essence of the behavior of the Righteous can be encapsulated in the saying “If you see someone drowning, you must rescue him, even if you cannot swim.”9 The importance of this behavior has been summarized in the saying inscribed on the medal awarded to the Righteous Among the Nations: "whoever saves one life, it is as if he saved an entire universe".10 The following example of one of these stories was chosen merely because it appeared at the top of the list provided at the time of my search. I never met Mr. Wilke, but through the power of retelling stories of rescue, he has influenced my life. Now, I pass his story on to you.

James Wilke was one of the best men she has ever known, family friend Jodi L. Hefti wrote on Facebook on Friday.

"Not all HEROES wear capes or uniforms," Hefti wrote. "I know a TRUE HERO who wore a T-shirt, blue jeans, work boots and drove a John Deer Tractor."

Wilke, 50, a Nebraska farmer, was killed Thursday while trying to rescue a stranger from floodwaters that have devastated eastern Nebraska, western Iowa and other parts of the Midwest this week.

On Thursday, Wilke, of Columbus, Neb., received a phone call asking him to assist emergency responders in rescuing a motorist trapped by flooding, Hefti wrote. So Wilke climbed on his tractor and headed down the road.

"He was always the first to go help somebody," his cousin, Paul Wilke, told the Omaha World-Herald. “He was a person who wouldn’t just talk about making things better. He would do it.”12 According to Hefti, the emergency responders led Wilke over a bridge on Monastery Road, but the bridge gave out. Wilke and his tractor went into the water.

Wilke's body was later recovered along the creek bed close to their home, Hefti wrote.

"Those who know James know it was his way of telling his wife, family and friends goodbye and that he is 'home,'" Hefti said.

1 This is illustrated by the educational charity “Learning from the Righteous.” https://learningfromtherighteous.org/

3 I am referring specifically to many of the politicians and other public figures in the United States attempting to lead efforts to combat climate change. I am unsure of the extent this applies to similar figures in Europe and other parts of the world.